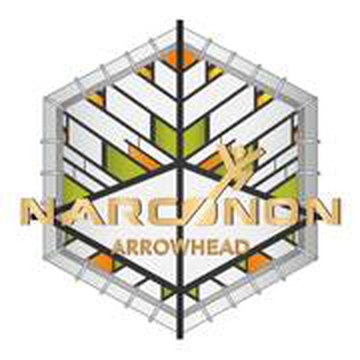 Established in 1989, Narconon Arrowheard is a treatment center located in Eastern Oklahoma. Narconon is a Church of Scientology organization that is offering rehabilitation from drug and alcohol as well as long-term transitional housing.

Learn more about Narconon from Wikipedia

A Long Legacy of Saving Lives

On February 19, 1966, the first session of a new and unique drug and alcohol rehabilitation program was conducted with 12 drug offenders who were incarcerated in a prison in Florence, Arizona and thus began a legacy of saving lives from addiction spanning nearly a half century. William “Bill” Benitez, the Founder of the Narconon program, was an inmate serving time in the Arizona State Penitentiary for crimes related to his addiction to heroin.

At Narconon Arrowhead every Friday staff and students in the program gather to celebrate the progress those in recovery have made towards sober living. It was this weekly graduation event that was selected as the appropriate time to celebrate Narconon’s 49th year of saving lives from drug and alcohol addiction.

Guest speakers included Narconon Arrowhead’s CEO Gary W. Smith who graduated the Narconon program in 1975 and who worked directly with Bill Benitez; Robert Newman II, the Senior Director of Public Relations for Narconon Arrowhead, also a graduate of the program 14 years ago; and students in the program who shared their experiences and the progress they have made in their recovery program. A video recording of Bill Benitez lecturing high school students in 1968 on addiction was featured and enjoyed by all.

According to Mr. Smith, “if it were not for Bill Benitez finding Mr. Hubbard through his writings and the subsequent relationship that developed between these two men the Narconon program would never have happened and I would not be here to celebrate my 40th year of sobriety. I know there are thousands like me that feel the same way.”

The Narconon drug rehabilitation method is based on the teachings of American author and humanitarian L. Ron Hubbard. Bill became familiar with Mr. Hubbard’s writings during the course of his personal search for practical solutions to end his 19 year battle with drug addiction. As Bill studied more of Mr. Hubbard’s teachings and began to overcome his personal addiction to drugs he began to realize a bigger purpose which was to set up a program he could administer inside the prison that would help other incarcerated drug offenders end their downward spiral of narcotic addiction.

Once Bill had the components of the program organized he was able to convince prison officials to allow him to start a pilot program for other inmate drug offenders. With the support of prison officials and assistance from Mr. Hubbard and parishioners from a local Scientology church, Bill Benitez was able to establish the first Narconon Drug rehabilitation program which he administered until he was released in 1968.

Dedication to a Drug-Free World

Since the time when Narconon began keeping official records of its program graduates (those completing the Narconon program), it has logged 38,000 graduates. Those who graduated in the early years of the program and were uncounted in the official record received the program’s benefits just the same.

While many hundreds of thousands of people have been reached worldwide through the Narconon drug prevention education curriculum, the exact numbers may never be known. A single drug educator in Russia reached upwards of 250,000 individuals over a span of six years. One team of Narconon drug educators in Southern California reached 100,000 youth last year alone. And in Nepal, more than 650,000 people have been educated on the dangers and risks of drug use via personal contact, radio and television by the Narconon center in Kathmandu.

Each and every day dedicated Narconon staff members at centers worldwide work towards the long-term goal of a drug-free world. Tens of thousands of addicts over the past 49 years have experienced the benefits of Narconon’s holistic and drug-free approach to rehabilitation.

Many who work at one of the Narconon centers located around the world have dedicated their lives to helping others break free from the trap of addiction and the addiction life cycle. Among those staff are many who were addicts themselves, and as Narconon graduates, stayed-on to help those still trapped.

The executives and staff of Narconon Arrowhead also congratulated their fellow Narconon executives and staff members across the world for their dedication and their day-in-day-out contribution to saving lives from addiction. Together, they are taking it one step closer to a drug-free world.

ChooseHelp is a third-party resource for consumers seeking addiction treatment. We list treatment providers and facility reviews with valuable information for people making difficult decisions. ChooseHelp is not influenced in regards to its ratings or reviews by any treatment center or its sponsors, and we clearly designate advertiser relationships with "Sponsor“, "Ad“, Choose Help Ad" or "Advertisement”.